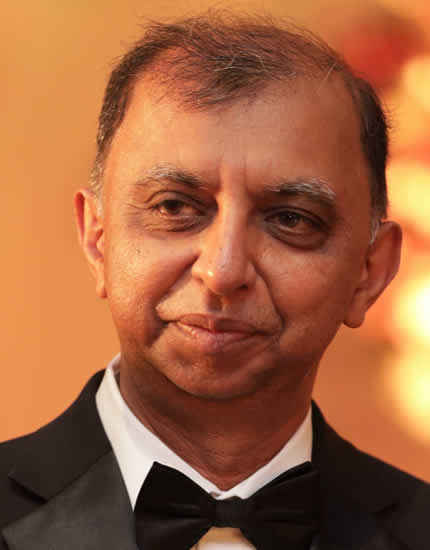 Manoj is a Director at ICC with a focus on IT infrastructure and processes. He started volunteering for ICC in 2019. As most of the Indian community in the USA live far away from their families, it is important that we form a strong support network, help each other in times of need, and contribute to this great adopted nation of ours, the United States of America.

Within ICC, Manoj is focusing on improving the organization’s technology platform; and also looking to participate in its core mission of providing helping hands to the community in times of need.

Manoj has worked in various IT and management leadership roles in several corporations including Fidelity Investments, Citibank, Godrej (India) over a career spanning 35+ years. At Fidelity, Manoj last served as Vice President, Global Services, which managed Fidelity’s global sites around the world. During this period, Manoj also put together an enterprise pilot and strategy to introduce Robotic Process Automation at Fidelity. Prior to that, Manoj was in Fidelity’s Asset Management Technology group where he built its IT division in Bangalore, and successfully recruited and managed a group of 300 IT professionals over a period of three years.

Manoj was a part of the executive committee of the Jain Center of Greater Boston for two years from 2012 to 2014. In this role he helped with the planning of several events for the Jain Community in the Boston Area.

In his spare time, Manoj is an avid golfer. He also loves playing Contract Bridge with his friends.

Manoj is currently engaged in Angel Investing with a focus on investing and supporting the dynamic startup community in India.

Manoj has an MBA from Boston University, MA where he graduated with High Honors. Manoj has a BE in Mechanical Engineering from Shivaji University, India.