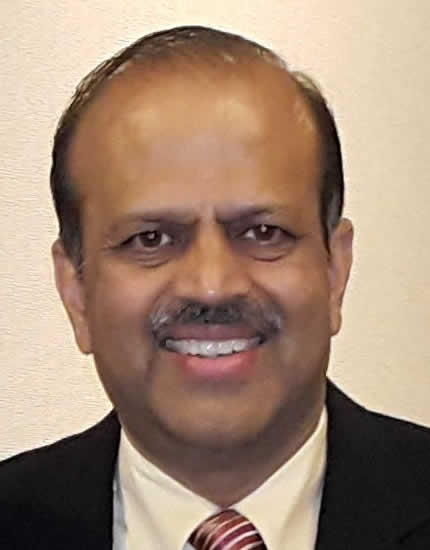 Hemant is a Director at ICC with a focus on marketing and communications. Hemant started volunteering for ICC in May 2020.  Hemant had known about ICC’s activities through his volunteer work at the India Society of Worcester and was very impressed with the services that ICC was providing to its community members.

Hemant currently is the founder and chairman of IPC-2581 Consortium (ipc2581.com) and a consultant to the Electronic Design Automation (EDA) industry. He most recently worked as Group Product Management Director at Cadence. Prior to joining Cadence in year 2000, Hemant has worked in the EDA industry since 1981 in various roles at Xynetix and Intergraph Corporation.

Hemant has been involved in community service for many years. He has worked as a volunteer with the India Society of Worcester (ISW) since year 2001. He has held various volunteer roles at ISW with the most recent role of Chairman of the Board of Directors.

Hemant has also been a volunteer for Shiv Yog since 2010 and has helped organize several meditation camps across US. He and his wife also created and ran the first online Divine Shop for Shiv Yog in the US until 2017.

Hemant and his wife Neeta live in Westborough. They have two sons – one is online marketing and sales executive and the second is a cardiologist.

Hemant is keenly interested and practices Meditation on a regular basis. He loves to correlate Indian Vedic teachings with scientific research on meditation.

Hemant has a Masters in Computer Science from the University of Texas at Arlington and a Bachelors in Electrical and Electronics Engineering from Birla Institute of Technology and Science, Pilani.